This post describes how you can defeat the surveillance employed by AT&T, Comcast, and other service providers, while taking advantage of faster connection speeds they may offer in your area. In some parts of the US you don’t have much choice in service providers. Here’s more information on why you should consider using a VPN. In my case I wanted to use the Sonic.net VPN because it was included in the service I was already paying for, and Sonic has a solid rating from the EFF. The Sonic.net VPN is fast and reliable although it doesn’t offer some features of other VPN providers like international exit servers. 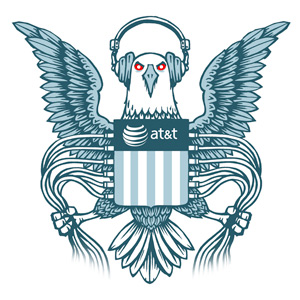 The setup described below is way more involved than what you need if you have a single computer. If that is the case, and you are a Sonic.net customer, then just go to beta.vpn.sonic.net, and in a few clicks you will have a working VPN!

In my case, I have multiple computers on a LAN, and a couple of additional requirements:

If you have an ISP other than Sonic.net, you can still use this approach, just pick an alternative VPN provider that suits your needs. If you can get Sonic.net, then go with that. They have great customer support. (Although, they will not be able to provide you with support on the instructions in this article! Get the standard VPN configuration working first before trying this.)

This article, although written for a particular configuration of ISP, router, VDSL modem and VPN provider may be relevant in other cases. In my case, it looks like this

You can also use a different Router/Modem combination. Best case scenario is a router that you can flash with DD-WRT.

I bought a Netgear R7000 (about $180 on Amazon) and loaded it with DD-WRT router software. A cheaper router will work, you might even have one lying around that will work, just make sure it supports a flash image of DD-WRT that includes VPN.

Setting up the VPN

Mac OSX
On OSX I followed the instructions here.  However, this did not seem to work. If you get this working, let me know.

I wanted to have the VPN connection created by DD-WRT, so that all the traffic flowing through the router would be routed through the VPN. I also wanted to have it auto-reconnect dropped connections.  Sonic now supports both IPSEC and OpenVPN protocols (beta).  I succeeded with both IPSEC and OpenVPN.  However, OpenVPN is much easier to set up and doesn’t appear to drop connections.  Choose OpenVPN if at all possible.

There is another way you can leak your IP address.  After you’ve gotten your VPN setup, be sure to test for the WebRTC leak.  This link also has an explanation of what to do about it.

Whew!  That’s a lot of work.  Getting IPSEC working was a PITA, and it still appeared to drop connections, forcing more complicated configuration to make it reconnect.  On the other hand, with OpenVPN things were a lot easier.

But, also, this was complicated because I made it complicated, and opted for a higher level of security and convenience.  By forcing you to use their modem/router, and preventing root access, AT&T forces the use of a second router.

All this really should not be necessary!  However, we now know a lot about the collusion between AT&T and the NSA in the illegal collection of Internet traffic, so you can’t exactly ignore it if you value your privacy.  Here’s a NYTimes article on how AT&T Helped U.S. Spy on Internet on a Vast Scale.

Using a VPN is a first line of defense.  If you want more anonymity you should use Tor.  You can run Tor over the VPN for an additional layer of security.

Note that you already should be using a VPN when you are using your laptop in public Internet cafés, airport lounges, etc.

Sanders addressing rally.Photo: Benjamin Kerensa  As I follow the 2016 presidential election one phrase I’ve been seeing crop up recently is “Bernie can’t win.” To be honest, I’m finding it a little irritating. A candidate wins when

Mad As Hell is a new film about The Young Turks, or more precisely, about its founder Cenk Uygur. I went to a preview screening last night in San Francisco. To be honest, I have not followed TYT’s trajectory very closely. I