Most people will say honesty is the best policy.  Then come the questions. “Well what about...” and they will describe some situation in which they would prefer to be less than truthful.  Usually the lie is one of omission.   This withholding of information perhaps seems less bad than saying something you know to be false.  And yet the problem remains the same. You lose connection with people any time you create two versions of reality – one for public consumption and a private version for yourself.

Although the particulars of what exactly gets withheld are myriad, the motivation is the same: minimization of conflict. Is that true?  Consider for a moment the times in your life when you have withheld some bit of pertinent information from someone.  Imagine what might have happened had you just blurted it out.  Inevitably, it’s about attempting to control an interaction and minimize conflict. Even when the withhold is positive that’s the case.  For example, withholding “I have a crush on you!” spares you the conflict that might take place if your feelings are not reciprocated. (Or, heaven forbid, if they were reciprocated you’d have to deal with the excitement of getting what you desired!)

The more common case, though, is when the withhold is likely to hurt or offend the person.  What judgments do you have that you don’t share? How does that affect how you relate with that person?  Maintaining public and private versions of reality is an impediment to relating.

When you withhold your judgment from someone you create two worlds: yours, in which you are aware of the judgment, and theirs in which they are not.  This is the same result you get if you say something false. Letting someone believe something when you know it’s not true is essentially lying.  For example, allowing someone to believe you like them, when really you don’t.  Of course, we don’t always know what other people are thinking, but to the extent we’re aware of it we have the opportunity to take responsibility for clearing things up.

I used the word “judgments” above, but the more general term is evaluations. Evaluations may be opinions, judgments, labels, and categories we put people in. What they have in common is that they are evaluations of another’s merit, worth or significance. You end up relating to the label you’ve applied to them, not the human being they really are, and that makes a world of difference. Reality and our concept of reality are not the same thing, and we confuse them at our peril.

Alternatively, by clarifying what is actually true we unify our differing perceptions, creating one world in which we can actually connect with each other.  What was formerly misaligned and blurry suddenly jumps into focus.  This is the point where you actually start relating with another human being.  Up to this point, the efforts at conflict minimization make authentic relating impossible.

One of the problems with evaluations is that they are, by definition, personal.  Having reduced conflict on the interpersonal level, the evaluation continues to serve that purpose, but on the social level is vulnerable to being challenged by someone else’s counter-evaluation. Thus the rise of conspiracies as a means of fortifying evaluations, further protecting an individual from potential conflict.

Creating a conspiracy is easy: persuade a friend to share your opinion about someone. Typically there is the understanding, implicit or explicit, that they keep it secret. It’s the shared evaluation that defines a conspiracy, but keeping it secret is crucial. The first rule of conspiracy is, you do not talk about the conspiracy. The conspiracy derives much of its power from its secrecy, for it’s impossible to confront what is not known to exist. Secrecy is a bulwark against the truth.

The receiver of a secret is in a double bind.  If they keep their friend’s secret it impairs their ability to relate honestly to the other person. If they reveal the secret and the identity of its purveyor, it’s likely to disrupt that relationship.  The penalty for disclosing the secret can be severe.  Remember, the secret is part of the friend’s conflict-minimization strategy, so it is no trivial matter to reveal it!  For some, the relationship itself depends on maintaining the conspiracy, maybe even is defined by the conspiracy, and divulging its existence is experienced as a betrayal.  Thus, the secret binds together its conspirators while ostracizing its subject.  This results in a relatively stable social structure.  It serves to minimize conflict for the conspirators at the expense of a manageable level of conflict and disconnection with the subject.

In the fascinating science which applies graph theory to social networks this relationship is modeled by the classic maxim “The enemy of my enemy is my friend.”  Don’t get hung up on the word “enemy.” We’re not talking about mortal enemies here.   You could just as easily use “okay” and “not okay.”  It turns out that there are two social structure “triads” that are stable.  Formally, social balance theory states that in social environments there exist structures that are balanced and structures that are unbalanced. The former should be over-expressed (i.e. we are more likely to find them) while the latter should be rarer than expected. If these sentences are unclear to you, allow me to reformulate them using ancient popular wisdom. Social balance theory states mainly two sentences: “The friend of my friend is usually my friend, too” and “The enemy of my enemy is usually my friend”, so social relations following these rules are more common than ones that do not follow them. (Full article here.)

Extending these basic principles to more complex graphs reveals the method by which subnetworks are formed.  Essentially, social systems split into cliques as a result of the positive and negative bonds between individuals, so that the system as a whole maintains its equilibrium. Cliques minimize conflict by externalizing it.

What I would like the reader to consider is the idea that the nature of the triads we form (and thus the social groupings we create) is largely determined by the level of honesty we are able to express; or viewed conversely, by the number and nature of secrets we withhold. Therefore, our comfortableness with the conflict that accompanies truth-telling is a major factor in determining the qualities of our relationships and social networks.

So far we’ve been talking about relationships that are based upon shared evaluations. There is a wealth of sociological research supporting the theory that friendships form as a result of similarities, and more specifically, shared evaluations. That’s also consistent with our experience. An evaluation-based network maintains its equilibrium through the exchange of evaluations, and by splitting into cliques.

These evaluation-based networks are relatively stable, due to the homeostasis described by social balance theory. However, consider for a moment what might happen if instead of basing relationships on shared evaluations (secret or open) we were to base them upon our ability to describe our experience, and be transparent about our evaluations. That would create a different network, certainly in the sense that there would be different groupings of friends, but also qualitatively different. My belief is that in a social network based on description and transparency there are fewer “enemy of my enemy is my friend” relationships and more “friend of my friend is my friend” ones. Also, a new kind of equilibrium develops based on continually describing our reality, thereby arriving at common understandings of it; rather than the relatively artificial equilibrium created by withholding information and externalizing conflict.

Telling the truth in an evaluation-based network is a socially disruptive practice.  Transparency exposes deceit and conspiracy, and reveals underlying conflicts and judgments.  An evaluation-based network can assimilate a large number of diverse evaluations, but tends to find honesty somewhat indigestible, perhaps  because it threatens the mechanism the network uses to maintain its equilibrium.

Anyway, that’s a lot of theory!  Really it’s another case of the instructions being simple and the practice being... a practice.  My suggestions for cultivating connection and authenticity in social networks:

tell you a secret judgment, encourage them to share it directly with the person.

I’m not saying it's easy.  But which kind of world would you rather live in?

It’s pretty common to hear people talk about the importance of “good boundaries.” That’s unfortunate because, while good boundaries are certainly better than bad ones, the metaphor of the boundary itself carries with it some baggage we would do well to avoid. We really can do better! Read 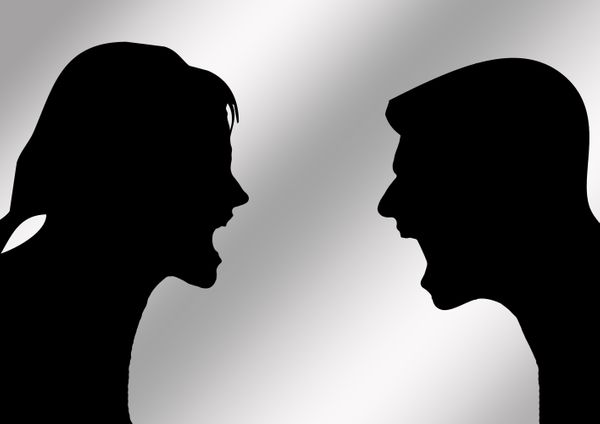